Okay, so before you go all Cersei Lannister on me – hear me out. I am a fantasy fiction fan. Dragons? Love them. Magic tales? Yes please, I’d read them 100 times over. I have read Lord of the Rings more times than I’d care to count, Terry Pratchett makes my sides aches from laughter, and don’t even get me started on Harry Potter, as I would just never stop. However, somehow Games of Thrones leaves something to be desired.

Way back in my (ahem) late teens, I was on the search for some new books to read on a gruelling 24-hour flight to Sydney. I needed some escapism, entertainment, and something to distract me from the hell of being stuck on a plane by myself for such a long period of time.

I happened across a book called A Game of Thrones by a chap called George R. R. Martin. Now, I’d never heard of this author before but the synopsis looked promising. There were kingdoms, swords, family feuds, and battles. Amazing.

So, there I was in the airport lounge – passport in hand, tickets in tow, and my copy of A Game of Thrones tucked nicely into my backpack. (A Clash of the Kings stashed in my suitcase for the return journey). First thoughts as I started reading…? There are a lot of names in this book. Bearing in mind I had read Lord of the Rings, this was still tricky to get my head around.

And then, there was the affair. For fans of the books and/or TV series, you know the one I mean. That one, between them. For people who haven’t read the book or watched the show, I won’t give too much away here in case you’ve managed to stay sheltered from the story so far.

Then that thing happened to that pet (it’s so hard to write without spoilers here), and I was a mess. – Incidentally, why is it so much harder to read about animals getting hurt than humans? – I persevered through the first third of the book on that flight, which is quite the commitment. But it simply got too much. I was exhausted. And that was before the jetlag had taken hold.

Now I know what you’re all thinking, “of course you’re not a fan, based on that”. And I agree, circumstances weren’t ideal. I was on a very long journey, I was trapped in a tin can flying thousands of miles an hour across the planet, perhaps not the optimum reading environment. That’s exactly why, 10 years later, when the new Game of Thrones TV series was announced, I tried again.

This time, I did it right. I was at home, the weather was terrible, I had a blanket, and I had a cuppa by my side. The evening was drawing in and I picked the book up again.

It was going so well, then it all came flooding back to me. The names, all the names! The “incident” between you-know-who and you-know-who… But I carried on. Determined not to give up as I’d heard such good things about this book. And it must be good if they’re making a series (with the likes of Sean Bean as Ned Stark).

This time I think I made it halfway through before and had to give up. I was forcing myself to read it and that’s not how it should be. Reading should be fun, enjoyable, pleasant. This felt like an endurance test. I would put the book down and feel irritable and frustrated.

But, I thought, it’s okay. The books may not be for me, but maybe I would enjoy the TV series. I am one of those Lord of the Rings fans who loved the adaptations, so chances are, I could get along with the series. When the show launched, I ambitiously ‘series-linked’ it and saved up a few episodes so I could have a bit of a binge on it all at once.

I watched the first episode; it was as to be expected. In the second episode, my attention span wavered. And by the third, well I was just uninterested.

I hope, dear readers and fans of Game of Thrones, you will appreciate the effort I put into trying to like it. I really wish I did. Partly because EVERYONE I know is a fan and I feel horribly left out when they all talk about it. Partly because I wanted to be enthralled in an epic series such as this again.

I think I just need to accept that it’s okay to not like Game of Thrones… right?

If you’re one of the few people in the world to have not yet experienced the Game of Thrones hype first hand, why not check out the A Song of Ice and Fire series, and don’t forget to let us know what you think!

If you are already a super fan of the books and want to delve into more epic fantasy, check out our entire range of fantasy books.

END_OF_DOCUMENT_TOKEN_TO_BE_REPLACED

What do you think of A Game of Thrones? Do you enjoy the books and the series? Let us know in the comments below.

Welcome to the World of Books Weekend Giveaway 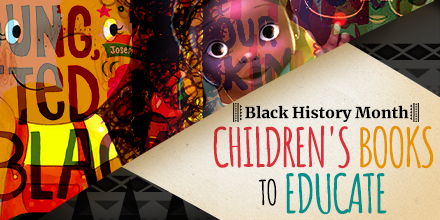