Here come the girls! We have made a list of our ultimate fictional ladies. All of these female fictional characters are strong and fierce role-models that we all should aspire to be like. See who made our list below.

Elizabeth Bennet is hailed as one of literature’s best-loved ladies. Pride and Prejudice is often a book we find ourselves re-reading time and time again for this very reason. Elizabeth is the woman who many imagine or wish themselves to be. She is smart and not afraid to show it, full of loyalty and love and also frustration towards her family. She is a woman shunned and rightfully gets to return the favour. Check out our blog for how to be more Elizabeth Bennet in your daily life.

Now, we are certain you would have thought we picked a certain Miss Hermione Granger. Now, she makes a lot of our lists because you know… it’s Hermione Granger. However, there is a more formidable woman in these books and that is the mumsy Weasley mother, Molly. She is just a joy to both read and watch on screen. She raises seven children, six of those being boys, she finds herself outnumbered especially with her cheeky twins. She also takes Harry and Hermione under her wings. Kind, caring, fiercely loyal, and if anyone steps in the way of her family then they are met with fire in their eyes. We love you, Mumma Weasley!

Suffering a rotten childhood in 19th century England, Jane becomes a governess and falls in love with her employer, Mr Rochester. She is a complex but strong character who manages to find herself on her feet after each and every setback. When Jane Eyre gets her heart’s desire, in the end, we can all sit back as readers and know deep down that she earned it.

As big Roald Dahl fans, we first read Matilda when we were very small children. Matilda Wormwood may be a small child but she has the biggest spirit which pushes her through her trauma and the fear of asking the hard questions of life. Roald Dahl has always shown his characters the awareness that transforms them into a survivor. Plus, Matilda gets bonus points because she is an avid bookworm!

Every child should fall down the rabbit hole and into the wonderful world of Wonderland at least once in their lives. We love following Alice’s footsteps as she comes across the Cheshire Cat, a smoking caterpillar, a completely mad Hatter and the scary Queen of Hearts.
Alice’s curiosity leads her into a magical world of her own. We love her tenacity as well as all her little quirks.

Arya is the third child and youngest daughter of Eddard and Catelyn Stark. At the beginning of her story, she is only nine years old. Her four siblings are Robb, Sansa, Bran, and Rickon, and she also grows very close to her half-brother Jon Snow. Arya is feisty and strong-willed as we watch her fight for her house and her rightful place in the Game of Thrones.

Remove the boys from Katniss’ life and we have a very strong female lead who we want as our friend. Anyone who is that loyal and that talented with a bow and arrow can be in our fictional girl gang any day! She survived two 24-person Hunger Games and one of those was designed specifically to kill her. We’re just saying, she is the best, so don’t mess with the Mockingjay.

END_OF_DOCUMENT_TOKEN_TO_BE_REPLACED

Who is your ultimate fictional lady? Let us know in the comments below. 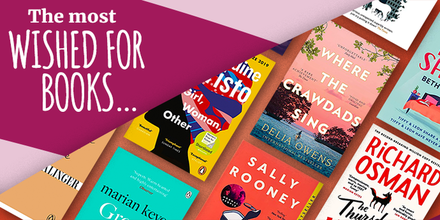 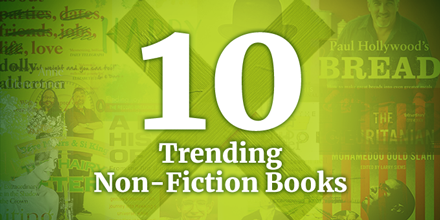