Whilst lockdown has seemingly upped my threshold for reading – returning to books that are ‘must-reads’ like Lord of the Flies and Catch-22 alongside ploughing through mainstream bestsellers like Where the Crawdads Sing – it’s actually a book that I read at the very beginning of the year that is my standout title so far.

It’s one thing that sums up the beauty of reading and building up a shelf of random titles to get through when you feel like it. Within that bundle of books, you find yourself reading something without any concept of why you suddenly felt like reading a book published in 1979 about the NASA space program, by a guy who you knew more for his novels.

I guess I could say the same about how I found myself being captivated throughout Wolfe’s exceptional novel The Bonfire of the Vanities – not really being able to nail down what kept me so entranced for all 690 pages of the tome. I’m not one for approaching books of this length generally because I rarely find any that keep my interest up for that long – and I have a nagging feeling that I could be reading two books in the same time frame. Illogical perhaps, especially as The Bonfire of the Vanities is likely to be up there in my top 10 all-time books.

The advent of the astronaut

There was a sense of apt timing around my reading of The Right Stuff, with the anniversary of the moon landings last year, there was a dirge of documentaries to engage with. However, this book really deals with the less glamorous side of the moon landings – all the pre-Apollo missions of the ‘Mercury’ era. The advent of the astronaut.

Now, there are some pretty extraordinary accomplishments in this era of space travel – namely, some of the subjects of the book getting to orbit the earth, and achieving many ‘firsts’ for their field. But it’s also an era that is less well-known because the Apollo missions achieved the greater feat that is a bigger part of the space-race psyche.

Whilst the topic at hand was compelling enough, I wouldn’t have read this if it was written by an astrophysicist – because I’m not one for academic studies of historical events. The fact that this was written by Tom Wolfe in the same kind of style that kept me entranced with The Bonfire of the Vanities certainly helped.

The Right Stuff isn’t light on facts and technical jargon, but there is a way he tells this as a story – interspersing the deep ins-and-outs of the missions with the banality of real life. Wolfe doesn’t take the easy path of focusing on the astronauts. He embellishes by including their families as part of the retelling of the times. Simple things like a hugely lucrative deal with Life magazine, whilst secondary to what was happening, was really interesting. This is an element that would disappear if written by somebody from the world of academia.

The right stuff for the job

What I really took away from this book – and what Wolfe does hammer home – is that it took a certain type of personality to become an astronaut. They weren’t just plucked from the streets or commercial piloting. These astronauts were sourced from the adrenaline-filled lives of the ‘test pilot’ world. One which they struggled to fulfil once they found themselves simulating a relatively docile journey to space in comparison to their prior daily activities. An element of egotism was required, and obviously the disregard for the danger that this job required. Effectively: The Right Stuff.

Wolfe said it himself in a foreword to a later edition of this work:

“What is it, I wondered, that makes a man willing to sit on top of an enormous Roman Candle, such as a Redstone, Atlas, Titan, or Saturn rocket, and wait for someone to light the fuse?“

For those looking for a proper scientific analysis into the Mercury missions, this book is the wrong stuff for you. For those who’d like a long-read journalistic insight into the whole process – a compound of semi-gonzo and storytelling, it’s ideal.

‘The Snow Child’ by Eowyn Ivey 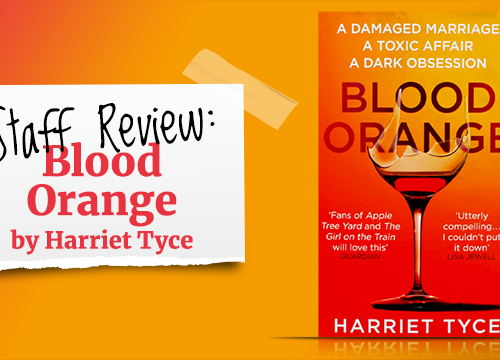