Have you ever been so immersed in a book, that you genuinely forget that it’s not “real-life”? That the characters you’re reading about are fictional, they’re made up, they don’t exist…

Yeah, I’ve been there too. I frequently get so lost in a narrative and the complexities of the characters in the story that I have, at times, fallen head over hills in love with some of them. Desperately seeking approval for what I thought was totally unusual and pretty strange behaviour, I raised this “affliction” with the team here.

Turns out, I’m not alone. Phhhhew. All of my colleagues admitted to having a crush on a character from a book that they had read. Here’s just a snapshot of some of them… Starting with mine.

I’ll take you back to my early days of reading, when I was pretty obsessed with J. M Barrie’s wonderful tale, Peter Pan and Wendy. There was a time when, in my eight-year-old wisdom, I genuinely believed that one day I would marry Peter Pan. (I imagine, much to the relief of my parents who until that point had had to deal with my love of Kermit the Frog – but that’s another blog for another day).

What’s not to love about this wonderful character? He’s witty, he’s smart, he’s adventurous and he can fly. He lived in a tree house and fought pirates and had a fairy as a friend. Wow. This boy was perfect husband material in my eyes, once I got rid of that interfering Wendy…

Gareth, our resident, self-proclaimed Fantasy Fiction fanatic has opted for the Royal Elf, the Lady of Lórien – Galadriel. From the iconic Lord of the Rings series written by J. R. R. Tolkien, this character has stolen Gareth’s literary heart.

Her beauty, her wisdom, her charm (the fact that she’s an elf – apparently?) all tick those character crush boxes. She’s also pretty powerful and fearsome too, especially when the Hobbits rock up and start causing trouble in Lothlórien.

Moving on to my colleague Becky’s crush… None other than the wizarding bad boy Draco Malfoy. Since reading the first instalment of the incredible Harry Potter series, Becky developed a bit of a fascination with this blonde beau. To the point, she’d argue with anyone who not only spoke against him, but also dared to insult the Slytherin House.

Posters covered her walls (absolutely no judgement here) and a golden snitch frame, with a photo of Draco Malfoy cut from a magazine inside it, sat proudly on her bedside table (maybe a little bit of judgement there).

When asking Becky what she liked about Draco, as a self-confessed goody goody, she admitted that she simply liked that he was naughty. He wasn’t the hero, he wasn’t the one who everyone wanted to be pals with, he was the antithesis of Harry. To this day, Becky will still maintain that she’s Team Slytherin and when embarking on a trip to the Warner Brother’s Studios in Florida this August, she shall be proudly parading her Slytherin badge.

Somewhat more stereotypically, our Wholesale Coordinator Alice, is rather smitten with Christian Grey. Having read the internationally renowned 50 Shades book series and watched the films, she has become rather smitten. The reasons are probably more obvious than the aforementioned characters we’ve spoken about.

Christian Grey is a very successful man, he’s charming, he’s attractive (if not a little emotionally damaged). There’s the impression that actually deep down he wants to be loved and looked after. Whilst Christian Grey may seem like the more obvious choice in character-crushes, you can understand her reasons.

From the glaringly obvious to the weirdly obscure…

The next character crush belongs to our newest team member, Hannah. She’s chosen Mr Rochester. Yes, the one from Jane Eyre. Of all the classic fiction heroes to choose from (I was expecting more exclamations of love for Mr Darcy to be honest) she chose the slightly grumpy and brooding master of Thornfield Hall.

Hannah sees passed the surliness and offish nature of this gentleman. She admires his warmth, kindness and dry sense of humour and for that reason, he sits firmly at the top of her fictional character crush list.

Jason in our Customer Services team has confessed to having a bit of a thing for Daisy Buchanan. Having read F. Scott Fitzgerald’s ‘The Great Gatsby’ for a school project, Jason became very fond of the slightly shallow and self-absorbed leading lady.

The central conflict of the film revolves around her relationship with Jay Gatsby, after a brief love affair while he was stationed in Louisville during WWI. Jay’s infatuation and obsession with Daisy is evident throughout the story and Jason felt a great deal of empathy with Gatsby, which probably lead to this crush on the character.

Whilst there was lots of other characters discussed around the office, we won’t bore you with all of them! But to give you a little insight, here were just a few others:

We want to hear from you! Which character from a fictional story have you had a crush on? Tell us in the comments below. 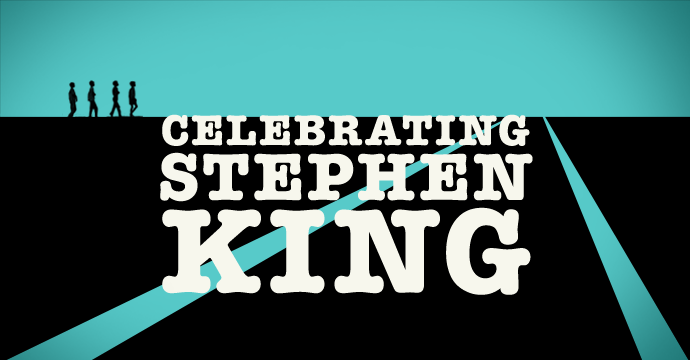 The King of horror fiction | “We all float down here.” 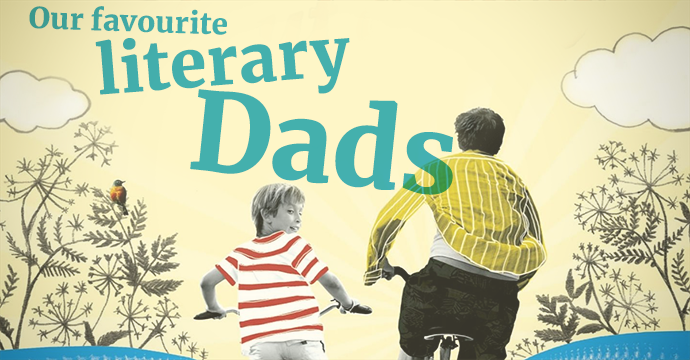