The BFG and Me

From a very young age I was encouraged by my parents to read books and lots of them, because to me it never felt like a chore or something I had to do, I really enjoyed it.

Before the Harry Potter craze really took hold of me (and I mean really – I am still massively obsessed with the wizarding world despite being an actual grown up now) I loved the stories of Roald Dahl.

Not just the books (which I had a lot of), I had the films on VHS as well as the stories on cassette tape to listen to before I went to bed.

One of my all-time favourite characters of Roald Dahl’s is The BFG. You can imagine my excitement when the latest movie came out. For those of you who haven’t read it, here’s a brief synopsis of the story.

The story follows a young girl named Sophie who lives in an orphanage under the watchful eye of mean old Mrs Clonkers. One night she wakes to find a large cloaked figure blowing something through an open window with a trumpet. This figure spots Sophie and carries her with him back to Giant Country.

It is here that Sophie learns that the figure is in fact the Big Friendly Giant. Unlike the rest of his peers in Giant Country, he does not eat ‘human beans’ and survives on snozzcumbers. The trumpet he carries is used to blow dreams into the bedrooms of children.

It is whilst they’re in Dream Country collecting dreams, that The BFG is teased and tormented by the other giants. The pair hatch a plan to get the other giants imprisoned by the Queen of England. That’s as much as I’ll say now – I don’t want to giveaway any spoilers!

I honestly can’t pinpoint why I love The BFG so much. I think it’s his positive outlook on life, surrounded by all the meanness and blood-thirsty giants, he dares to be kind and he dares to be different. He is protective and caring towards Sophie and is a friend to her when she has no one else (sob). They work together to right the wrongs in their world and have a lot of fun on the way… 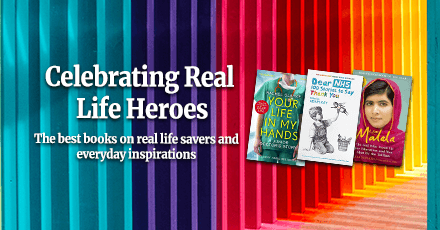 Best Books to Prepare for Back to School 2022

‘Life of Pi’ by Yann Martel