The UN Refugee Agency (UNHCR) estimated that as of mid-2021 there were a colossal 26.6 million refugees worldwide that had been forced to flee their homes, families and livelihoods. With the heartbreaking news and images we see of families being torn apart across the planet, the current global refugee crisis is unprecedented and continuously growing. We’ve compiled stories and memoirs that highlight the bravery and strength of refugees from around the world, in a time where compassion and understanding are needed more than ever.

In the Sea there are Crocodiles – Fabio Geda

One night before putting him to bed, Enaiatollah’s mother tells him three things: don’t use drugs, don’t use weapons, and don’t steal. The next day he wakes up to find she isn’t there. Ten-year-old Enaiatollah is left alone in Pakistan to fend for himself.

In the story of a mother’s ultimate sacrifice, a 10-year-old boy is left to fight for his own freedom due to the horrific war in Afghanistan. Recently translated from Italian, the harrowing true story of Enaiatollah Akbari shows the inspirational bravery demonstrated by millions of refugee children across the world. After crossing the border to Pakistan, Enaiat’s mother has no choice but to send him away in hope that he will find safety and a place to call home. This remarkable five-year account highlights the courage within communities of refugees, fighting for their life and their future while dangerously travelling across continents to find safety.

In a country ripped apart by war, Tareq lives with his big and loving family…until the bombs strike. His city is in ruins. His life is destroyed. And those who have survived are left to figure out their uncertain future. In the wake of destruction, he’s threatened by Daesh fighters and witnesses a public beheading. Tareq’s family knows that to continue to stay alive, they must leave. As they travel as refugees from Syria to Turkey to Greece, facing danger at every turn, Tareq must find the resilience and courage to complete his harrowing journey. But while this is one family’s story, it is also the timeless tale of all wars, of all tragedy, and of all strife. When you are a refugee, success is outliving your loss.

Atia Abawi impactfully enlightens readers about the horrors refugees face, not only the fears and anxieties of fleeing home. But the aftereffects of the violence and terror that humanity commits on a daily basis. This story challenges what media and governments choose to show, and highlights the failure of genuine reactions by governing bodies and relief systems in preventing millions of families from fighting for their livelihoods.  An incredibly intense but moving novel, designed to get an unfiltered view into the courage of refugees and the abhorrent atrocities they are escaping from.

Twelve-year-old Omar and his brothers and sisters were born and raised in the beautiful and bustling city of Bosra, Syria. Omar doesn’t care about politics – all he wants is to grow up to become a successful businessman who will take the world by storm. But when his clever older brother, Musa, gets mixed up with some young political activists, everything changes . . .

Before long, bombs are falling, people are dying, and Omar and his family have no choice but to flee their home with only what they can carry. Yet no matter how far they run, the shadow of war follows them – until they have no other choice than to attempt the dangerous journey to escape their homeland altogether. But where do you go when you can’t go home?

This tragic story is a reminder of the self-sacrifice of aspirations and intentions that so many of us take for granted. Twelve-year-old Omar has dreams like any other child; wanting to work hard, grow up and be a successful businessman. When war breaks out in Syria, his future dreams and goals are destroyed. We see through the eyes of Omar the importance of family love and strength in dealing with tragedy and terror and learn the horrible consequences war has on innocent citizens.

We Are Displaced – Malala Yousafzai

Longing for home and fear of an uncertain future binds all of these young women, but each is unique. In a time of immigration crises, war and border conflicts, We Are Displaced is an important reminder that every single one of the 79.5 million currently displaced is a person – often a young person – with dreams for a better, safer world.

Malala Yousafzai shines a spotlight on the millions of people masked behind statistics and news articles in this vital reminder to humanise refugees. This part memoir, part storytelling collection explores not only the author’s personal experience of being a child refugee from Pakistan but also the experiences of the fearless girls she met during her travels as an international activist. Her human rights advocacy has grown into a global movement; highlighting the sometimes forgotten reality that becoming a refugee is not tied to any one country, ethnicity or religion.

Lubna’s best friend is a pebble. She found it on the beach when they arrived in the night, then she fell asleep in Daddy’s salty arms. Lubna tells Pebble everything. About home. About her brothers. About the war. Pebble always listens to her stories and smiles when she feels afraid. But when a lost little boy arrives in the World of Tents, Lubna understands that he needs Pebble even more than she does . . .

It can be hard to explain to children why the tragedies in the world are happening, and explaining the realities of other families having to escape danger every day can be daunting for young ears. However, children are born without prejudice and judgement, and often show the remarkable compassion and empathy needed to support refugees. Wendy Meddour’s beautiful picture book encapsulates kindness as a light that outshines hatred. It focuses on the friendship between strangers and the importance of fellowship. Perfect for teaching the importance of acceptance, Lubna and Pebble is an enlightening introduction to the courage of refugees.

The Lines We Cross – Randa Abdel-Fattah

Michael is drawn to his new classmate Mina, but they’re on opposite sides of an issue that’s tearing their town apart. His parents are part of an anti-immigration group, while her family have fled their besieged home in Afghanistan. As tensions rise, lines are drawn and both must decide what they want their world to look like, no matter the cost.

The remarkable story of two sides of a coin, the son of an anti-immigration family and his classmate who, with her family, has just fled from war in Afghanistan. This book mirrors the juxtaposition happening in schools worldwide and gives a very real insight into the racism and prejudice running through societies. It carries an ever-important message around acceptance and highlights that refugees’ struggles do not simply end when they arrive in a new country. The pain, suffering and discrimination can often continue long after refugees are considered safe. A remarkable and relevant story.

His sister left months ago. Now his brother has disappeared too, and Ebo knows it can only be to make the hazardous journey to Europe.

Ebo’s epic journey takes him across the Sahara Desert to the dangerous streets of Tripoli, and finally out to the merciless sea. But with every step, he holds on to his hope for a new life, and a reunion with his sister.

This graphic novel illustrates the constant fear refugees are engulfed by on an everyday basis. Ebo and his brother are living their life in distress as two young men travelling without any official documentation, seen by governments as ‘illegals’. Despite this, they make the dangerous trip across the Sahara Desert and into Europe in search for their sister. This book shows the determination and resilience of refugees, while showing that joy and hope can be found in the darkest of times.

Clarkston, Georgia, was a typical Southern town until it was designated a refugee settlement centre in the 1990s, becoming home to scores of families in flight from the world’s war zones – from Liberia and Sudan to Iraq and Afghanistan. Suddenly Clarkston’s streets were filled with women wearing the hijab, the smells of cumin and curry, and kids of all colours playing football in any open space they could find. Among them was Luma Mufleh, a Jordanian woman who founded a youth football team to unify Clarkston’s refugee children and keep them off the streets. These kids named themselves the Fugees.

A celebration of comradeship and community, Warren St. John wonderfully highlights the lives of a diverse group of refugee children in a fading American town struggling to adjust to becoming a global community. This true account shines a light on the difficult transition period so many refugees face during resettlement, and how to combat division and discrimination through the power of football and togetherness in the face of resistance.

In a period where every front page reads the tragic stories of refugees fleeing war, it is important to remember that hidden behind the painful images of families and children fighting for their futures. There are millions more around the world, each with their own story of suffering and loss. Books are a powerful way of encapsulating these distressing experiences and giving a voice to the often voiceless.

END_OF_DOCUMENT_TOKEN_TO_BE_REPLACED

Have you read any books that share the remarkable stories of refugees? Give us your recommendation in the comments below. 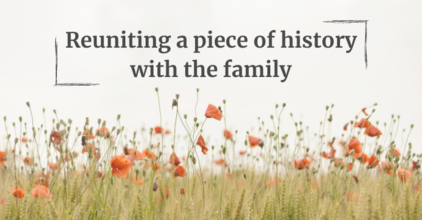 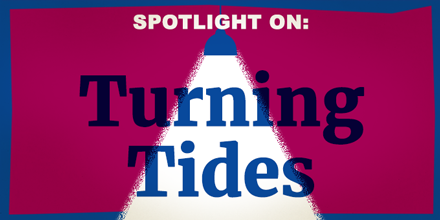