Literature plays a significant role in raising awareness of social issues that affect our lives and the lives of people around us. The representation of LGBT+ characters is extremely significant in all kinds of media. Non-heterosexual characters have been written about for as long as humans have written stories, however, there are some books which affirm equality in love in such powerful ways that we want to shine a light on them. In this vein, we have chosen our top fives novels with LGBT+ main characters and themes.

A novel with that classic romantic plotline, with one main difference, Boy Meets Boy is a piece of YA fiction that colours a generation. The main character lives in a small town in America where his sexuality does not need to be hidden. The liberality is incredibly refreshing and allows for the main character, Paul, to tell his love story in his own voice.

“Part of love is letting a person be who they want to be.”

Paul does face levels of homophobia which are highly relatable to young people of the LGBT+ community in North American today. He is an inspirational character as he stands up for himself at all times and helps his friends to overcome their own struggles. Levithan’s novel is an amazing story full of representation of sexuality and gender while maintaining a rich and unhackneyed story.

One of the best-loved novels of all time, Alice Walker’s The Color Purple easily tops this list. The collection of fictional letters with a strong female narrative holds every reader’s attention from beginning to end. The protagonist Celie writes with a Southern US dialect, expressing herself as a passionate and honest woman. She retells the events of her life as an African-American living in the south during the 1890s.

“…Shug write me she’s coming home. Now. Is this life or not? I be so calm. If she come, I be happy. If she don’t I be content. And then I figure this the lesson I was suppose to learn.”

Throughout immense underprivilege and loss, and extreme abuse from her father, husband, and a number of other characters, she learns to live and to love. Celie discovers her sexuality when she meets Shug Avery. Lesbianism, as with homosexuality, was certainly not accepted at the time the novel is set, but Alice Walker’s representation of a young black woman exploring her sexuality made a huge impact on the treatment of homosexual relationships in literature. Walker’s work continues to feature on many school curriculums across the English speaking world.

Ebershoff’s fictionised account of the real-life experience of Lili Elbe won the 2001 Lambda Transgender Award and was adapted for film in 2016, with Eddie Redmayne portraying the lead. This heart-wrenching book tells the story of Danish artist Einar Wegener, assigned male at birth, who discovers his identity while modelling for his wife. Einer begins to attend events and live an undercover life as the female Lili Elbe.

“Einar felt lonely, and he wondered if anybody in the world would ever know him.”

Lili Elbe was one of the first people to receive gender confirmation surgery [previously known as sex reassignment]. A remarkable feat at the time, the novel based on her story brought the struggle of living in the wrong gender into the mainstream literary world. Lili remains a significant figure in the ongoing fight for equality.

A novel which addresses and dissects the concepts of masculinity and identity, Giovanni’s Room is as relevant today as it was at the time of publication over 60 years ago. The narrator tells the story of his life thus far, leading up to his present-day where he awaits the execution of his former lover. David is a young man, engaged to his girlfriend and battling with his male identity. The novel opens with a description of his first same-sex sexual encounter and how he repressed his feelings by bullying the boy soon after.

“I was guilty and irritated and full of love and pain. I wanted to kick him and I wanted to take him in my arms.”

David leaves America for Europe; similarly to Baldwin, he leaves in order to escape social isolation and find himself. Though Baldwin was facing alienation from racism, the experience of being ‘other’ is easily and significantly reflected in his novel. Giovanni’s Room opens up more questions than answers. It encourages discussion of long assumed gender roles in society as well as the importance of challenging them.

Oranges are Not the Only Fruit – Jeanette Winterson

Winterson’s semi-autobiographical novel is a hugely popular bildungsroman often studied in schools around the UK. The book deals with the classic progression into adulthood and all that comes with it, with the added struggle of experiencing extreme religious interference by her devout mother. Jeanette and her girlfriend are forced to undergo exorcisms in order to rid them of their supposed ‘demons’.

“..to change something you do not understand is the true nature of evil.”

Oranges are Not the Only Fruit – Jeanette Winterson

The difficult truths in the novel are combatted with well-balanced analysis on the part of young Jeanette, often sprinkled with incredible wit, making the story a gratifying read. Thought Winterson herself has rejected the label of her book as a ‘lesbian novel’, on the grounds of it being a story for everyone, we cannot discount the particular impact it has on the lives of lesbian women of all ages.

We at World of Books agree with Jeanette Winterson in that all books should be for everyone. The books we have chosen for our Top Fives LGBT+ novels highlight the importance of representation in literature, and this is relevant to all people, no matter their identity. Everyone deserves a chance to tell their story in their words, and freely hear the stories of others without prejudice. Explore our amazing world of books fiction full of stories from every walk of life.

END_OF_DOCUMENT_TOKEN_TO_BE_REPLACED

Have you read any of these novels? What novels have helped you shape and understand your own identity, LGBT+ or otherwise? Let us know in the comments below. 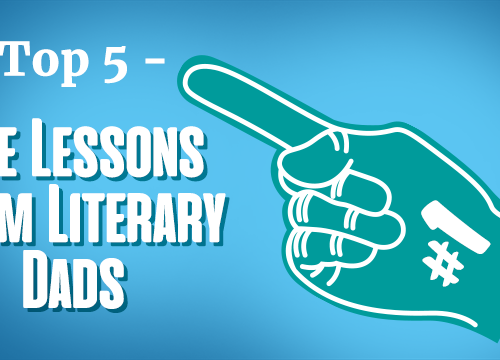 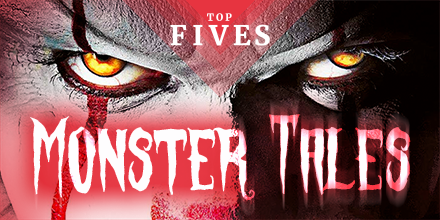 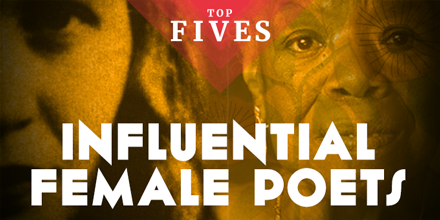