We are focusing on the brilliant children’s author Enid Blyton. 120 years on from her birth, she is renowned for her additions to the literary world and remains a firm staple of any children’s bookshelf today.

Enid Mary Blyton was born on the 11th August 1897 in East Dulwich, South London to Thomas and Theresa Blyton, she was the eldest of 3 children. A few months after her birth Enid almost died from whooping cough, she was nursed back to health by her father. She was very close to him throughout his life, they would go on countryside walks with him close to her family home in Beckenham, Kent.

She relocated to Chessington and began writing in her spare time. Blyton’s books are so popular, they have been translated into 90 languages. Blyton’s manuscripts had been rejected by publishers on many occasions, which only made her more determined to succeed.

She wrote about many topics including fantasy, mystery and education. However, she will be fondly remembered for Noddy, Famous Five and The Secret Seven. Her books have been among the world’s bestsellers since the 1930’s, selling more than 600 million copies.

Blyton went on to build a literary empire and produced 50 books a year on occasion. Due to this volume of work, it led to speculation that Blyton employed a “Ghost Writer”. She always denied this.

She became a controversial author from the 1950’s with her Noddy series being deemed as elitist, sexist, racist and xenophobic. They have however continued to be bestsellers since her death in 1968.

The famous five’s popularity resulted in twenty-one books between then and 1963 and the characters of Julian, Dick, Anne, George (Georgina) and Timmy the dog became household names here in Britain. Enid Blyton has based the character of George after herself.

Enid Blyton was voted ahead of Charles Dickens, Roald Dahl, Jane Austen and William Shakespeare as Britain’s most beloved writer.

You can shop our Enid Blyton selection here. From Famous Five to Noddy we have it all! Happy Birthday Enid Blyton. 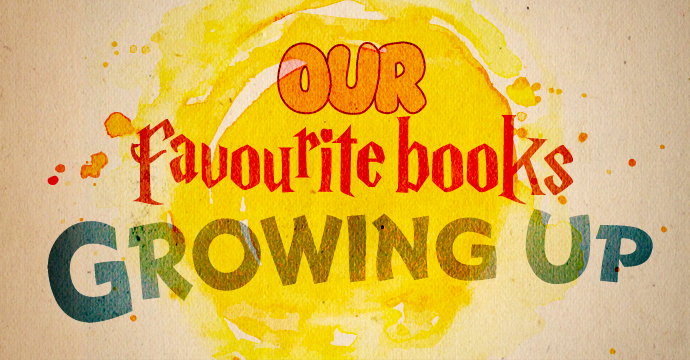 Our Favourite Books Growing Up