Throughout the afternoon I watched them there,
Snow-fairies falling, falling from the sky,
Whirling fantastic in the misty air,
Contending fierce for space supremacy.
And they flew down a mightier force at night,
As though in heaven there was revolt and riot,
And they, frail things had taken panic flight
Down to the calm earth seeking peace and quiet.
I went to bed and rose at early dawn
To see them huddled together in a heap,
Each merged into the other upon the lawn,
Worn out by the sharp struggle, fast asleep.
The sun shone brightly on them half the day,
By night they stealthily had stol’n away.

And suddenly my thoughts then turned to you
Who came to me upon a winter’s night,
When snow-sprites round my attic window flew,
Your hair disheveled, eyes aglow with light.
My heart was like the weather when you came,
The wanton winds were blowing loud and long;
But you, with joy and passion all aflame,
You danced and sang a lilting summer song.
I made room for you in my little bed,
Took covers from the closet fresh and warm,
A downful pillow for your scented head,
And lay down with you resting in my arm.
You went with Dawn. You left me ere the day,
The lonely actor of a dreamy play.

“If a man is not faithful to his own individuality, he cannot be loyal to anything.”

Claude McKay is a hugely inspirational literary figure; An author and poet, he was one of the catalysts of the literary movement, ‘The Harlem Renaissance’ during the 1920s. Born Festus Claudius McKay to a farming family in Jamaica, 1889, McKay was raised with strong pride in his identity and African heritage. However, his love of literature first began with British poets and European philosophers making waves across the Atlantic.

McKay moved to the capital city, Kingston, for a short spell, before returning to his home town with a newfound understanding and experience of white prejudice. With his strong sense of personal and cultural identity, McKay was encouraged by his brother to explore writing his poetry in dialect. This would become a crucial point of his career.

In 1912, a trip to America lead to Claude McKay studying across the Southern states, before moving to New York City. Here, he saw even more prejudice towards the black community, regularly experiencing overt oppression and abuse. McKay was inspired to write about and for the oppressed. One of his most well-known poems, ‘If We Must Die’, is hailed internationally as a song for every person living with abuse.

END_OF_DOCUMENT_TOKEN_TO_BE_REPLACED

More than a poet, McKay took his place in the fight for freedom, for black and working-class power. He travelled the world including a visit to the Soviet Union to attend the ‘Communist Party Fourth Congress’. He wrote during his travels, publishing Home to Harlem in 1928, a hugely influential contribution to the Harlem Renaissance art movement.

McKay’s writing can be described as social realism, sitting hand-in-hand with political liberation movements of the time. His works are portraits of black existence and black spirit. Far beyond a hackneyed representation of ‘black life’ that had been seen before, McKay explores individual struggles, experiences, and desires from corners of society otherwise ignored. Celebrating intellectual discourse, showing differing sides of rebellion, McKay wrote for and about black people coping in colonised lands.

Individual emotional and intellectual intelligence was valued greatly by McKay. His write uses observations of these as defining characteristics, far more important than a person’s social, economic, or political circumstances. This is overwhelmingly visible in his poetry, including The Snow Fairy, where we see an extremely intimate portrayal of lost love, being compared to the changing state of winter weather. The use of imagery is so crucial in this poem, which used the classic form of a sonnet and an iambic pentameter rhythm, creating a consistent cadence, evoking feelings of numbness.

Reading poetry is a perfect way to feed the mind and soul. Discover more about the Harlem Renaissance Movement, check out new poetry books featuring brand new publications as well as new editions of favourite texts, or explore our entire collection of poetry books.

END_OF_DOCUMENT_TOKEN_TO_BE_REPLACED

What do you think of The Snow Fairy by Clause McKay? Have you read any of his other works or works of writers from the Harlem Renaissance? Let us know in the comments below. 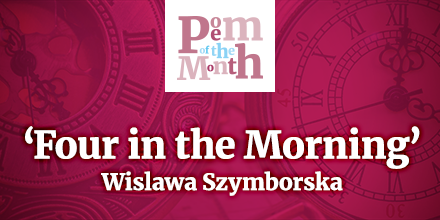 Four in the Morning | Wisława Szymborska 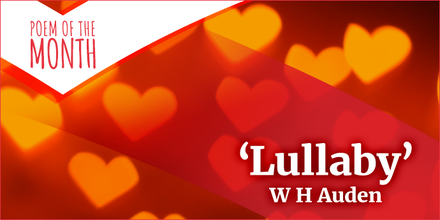